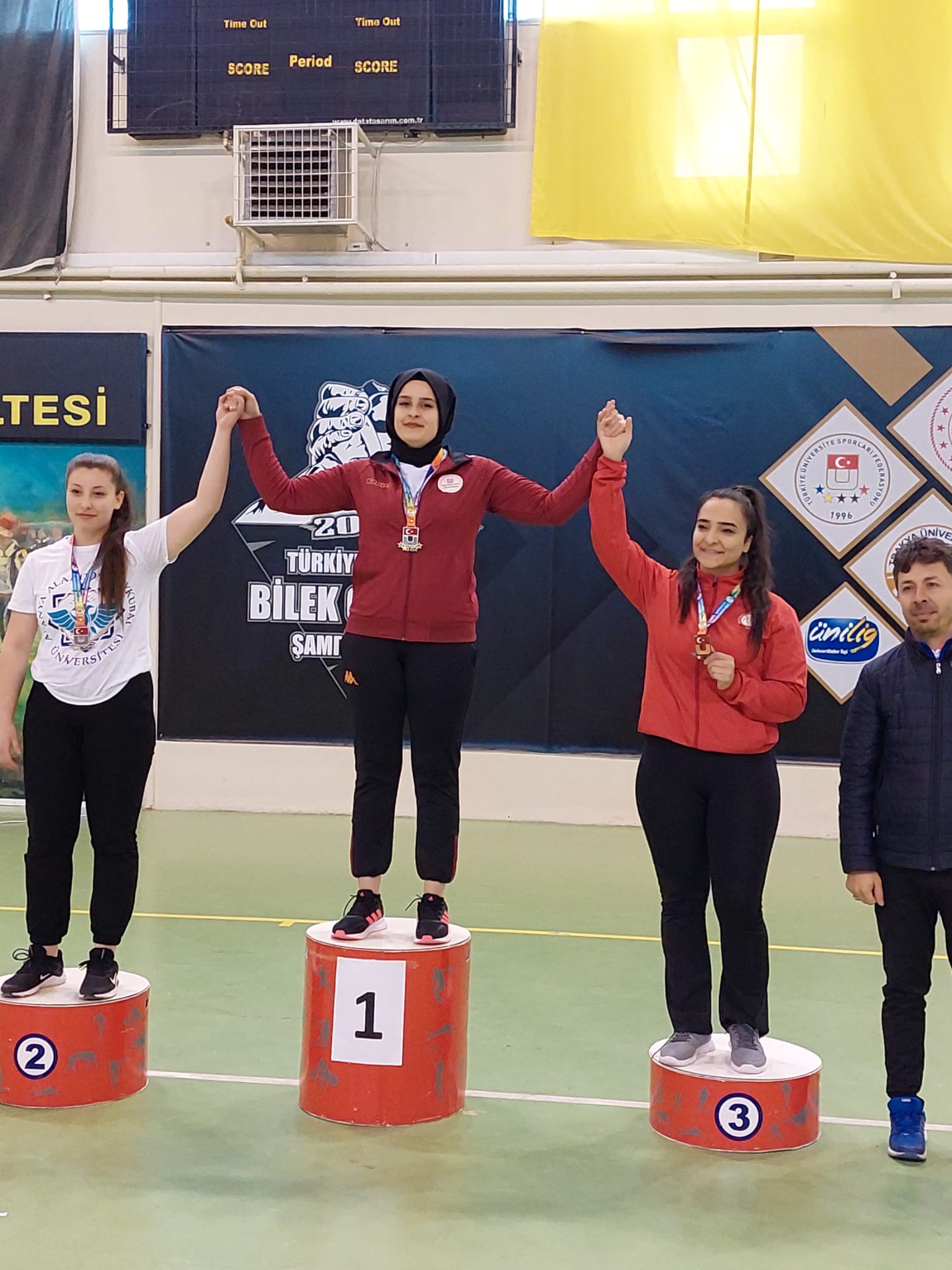 Two Gold Medals to Our Student

Arm Wrestling Unilig Turkey Championship was held on 9-11 March 2022 by the Turkey University Sports Federation (TUSF) in Edirne. Our students who participated in the championship became the pride of our university with their achievements.

In the championship, Sports Sciences Faculty student Funda MARAL won 2 gold medals as the champion of Turkey in both the right arm and the left arm. Health Sciences Vocational School student, Fadime GÜNDOĞDU, placed fifth in Turkey on the right arm and sixth in Turkey on the left arm. Our university’s Sports Sciences Faculty Lecturer Sedat OKUT and Lecturer Mehmet Furkan ŞAHİN, who coached MARAL, wished the athletes success, saying that our students worked hard for the championship and their efforts were rewarded.

Our Students Represented Our Countr...

Our Cross Team Became the Champion ...

Our Student Placed 3rd in the Inter...

Our Student Became the Champion of ...

Our Students Rank in the Marathon

Faculty Members Attended the 19th I...