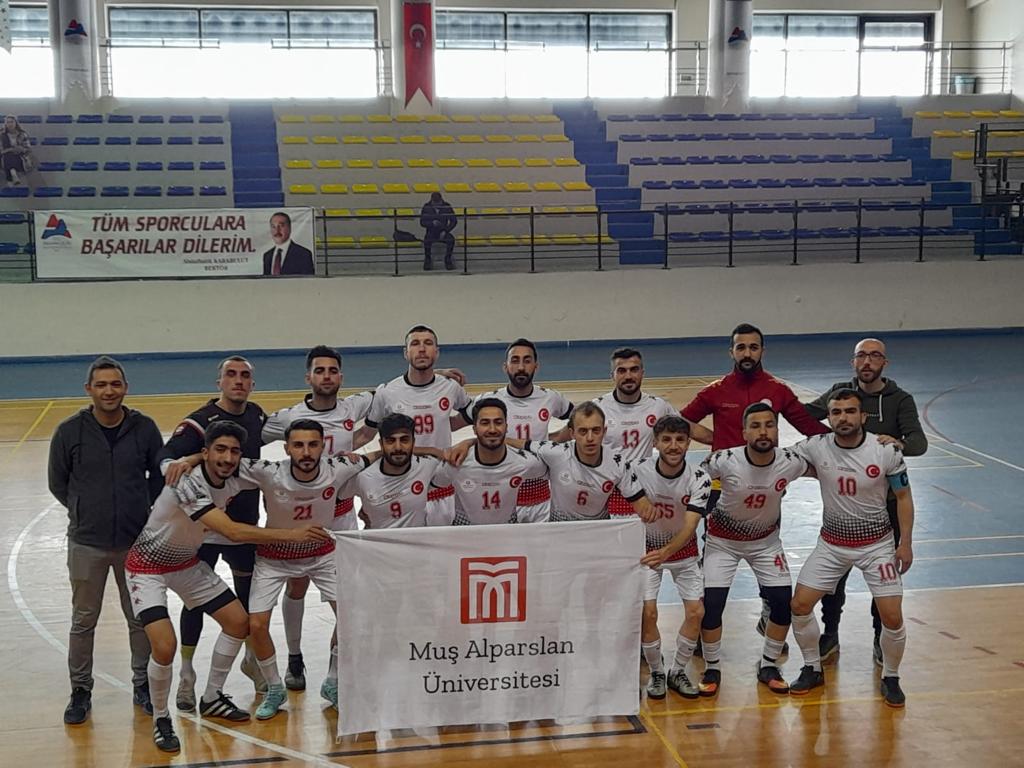 Our University Men's Futsal Team Promoted to the 1st League

In the tournament that lasted for five days, the teams put hard effort to be promoted. Our university's Men's Futsal team scored 10 points in 4 matches and became the first undefeated team of the tournament. Competing in the 2nd League group of Unilig Indoor Football, our team succeeded in making it to the 1st League for the first time at the end of these competitions. The Rector Polat congratulated the team players who succeeded in qualifying for the first time in the 1st League and wished them continued success.

Two Gold Medals to Our Student

Our Students Represented Our Countr...

Our Cross Team Became the Champion ...

Our Student Placed 3rd in the Inter...

Our Student Became the Champion of ...

Our Students Rank in the Marathon

Faculty Members Attended the 19th I...